A diac is a two-terminal trigger device fabricated as a gateless triac that triggers by a breakdown at a designed low voltage and is often used in the gate circuit of a thyristor or triac. The figure shows the schematic symbol for the diac. At low voltages or either polarity, a diac is completely non-conducting; however, once its breakdown threshold is reached it can conduct in either direction. 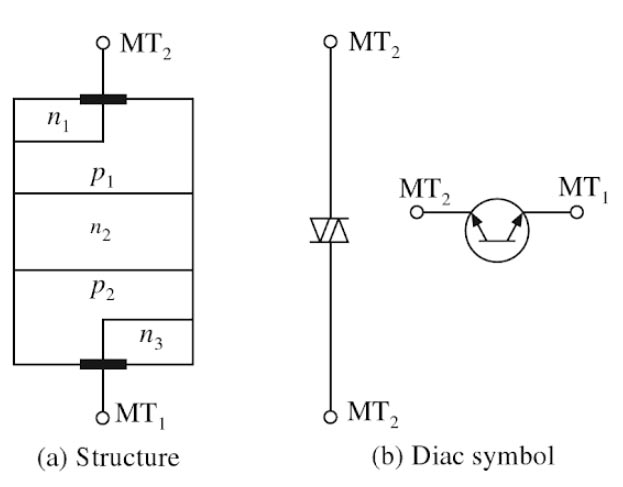 When a diac is used, the gate of the thyristor can be connected to the cathode by a low-value resistor to avoid accidental triggering. In addition, if the triggering waveform rises slowly, the diac will ensure that the thyristor is switched on by a fast-rising pulse of current, so avoiding uncertain triggering times.