The working of the hot-wire instrument is based on the heating effect of electric currents. When the current to be measured passes through the hot wire, the wire gets heated and then expands. Since the wire is fixed between two points, it sags due to expansion which is magnified by the phosphor-bronze wire and silk thread. This expansion is taken up by the spring and the silk thread, which causes the pulley to rotate, and the pointer is deflected. 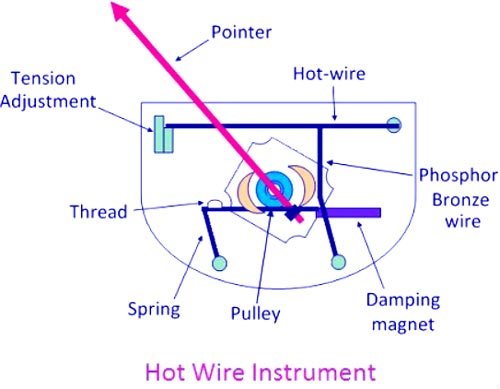 If spring control is used, then

Thus, these instruments have a square-law type scale. They read the r.m.s value of current and are independent of its frequency.

What is Linear Measurement?| What are the linear measurement instruments?
Scroll to Top