Interpoles in a DC motor must be

Interpoles in a DC motor must be

Series excited and should have the same polarity as that of the behind main pole in the direction of rotation of the armature. 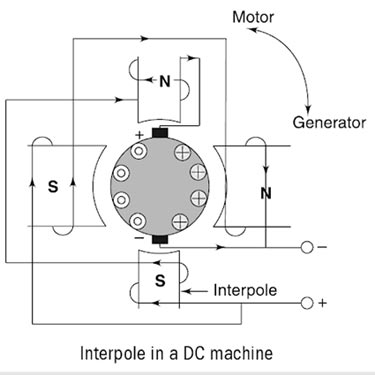 Thus, we can conclude that:

The mmf induced on the interpoles must be sufficient enough to neutralize the effect of armature reaction and to produce enough field in the interpole winding to overcome the reactance voltage due to commutation. 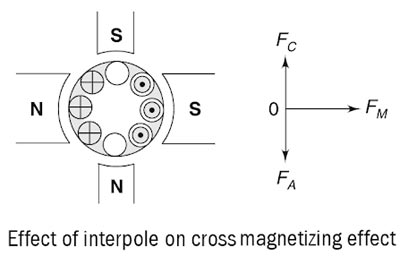 Main Functions of the Interpole