This device relies upon the magnetic effect of a current-carrying conductor for its operation. If the current flowing through a thick coil of wire, in series connection with the circuit, rises to an excessive value, the magnetic effect associated with the current causes a moveable metal-core to be drawn into the coil. The metal then strikes a bar, which operates a trip mechanism, causing the circuit to be opened and the current flow to be stooped. 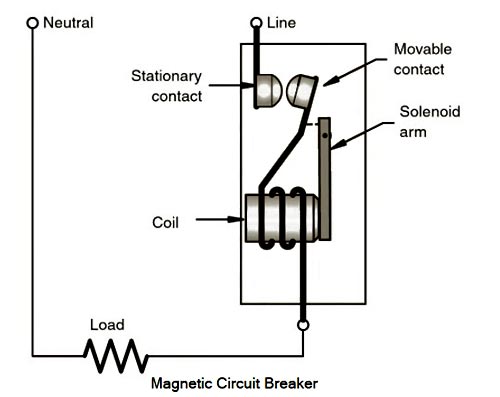