Suppose Mohan and Ram go to school by cycle. One day Ram cycle get punctured so he asked Mohan for help. Now Mohan has to carry the extra weight of Ram. So obviously the extra weight will reduce the speed of Mohan’s cycle. Therefore he has to exert some extra power to reach in time. This extra power in an electrical machine is known as torque.

So does the only factor of extra power matter to reach school in time…. the answer is no. Now you all are wondering why? Let me explain

Another factor that plays a vital role is the time taken by Mohan to maintain his usual speed after the increase in load. If he takes more time to adjust his speed he can’t reach school in time. That means less the variation in speed more chances to reach school on time.

Note ⇒ The lower the percentage of regulation the more constant the speed of dc motor. 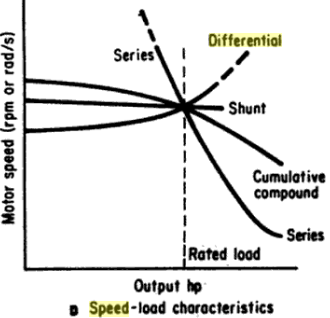