Ques 21. In a 7/2 digit voltmeter, the largest number that can be read is:

Ques 24. Which of the following motor will give a relatively high starting torque?

A Capacitor Start Motors is a single phase Induction Motor that employs a capacitor in the auxiliary winding circuit to produce a greater phase difference between the current in the main and the auxiliary windings. Due to greater phase difference capacitor Start motors have very high starting torque for a single-phase AC motor.

Under reverse bias, the diode does not conduct when the applied voltage is changed. The current remains constant at a negligibly small value (in the range of microamps) for a long-range of change in applied voltage.

Ques 27. Which of the following is the non-linear circuit parameter?

A linear circuit is an electric circuit in which circuit parameters (Resistance, inductance, capacitance, waveform, frequency etc) are constant. In other words, a circuit whose parameters are not changed with respect to Current and Voltage is called Linear Circuit.

Whereas in a non-linear circuit the parameters (Resistance, inductance, capacitance, etc) is not constant, is called Non-Linear Circuit.

Ques 28. The B-H curve is used to find the MMF of this section of the magnetic circuit. The section is:

Ques 29. A terminal where three or more branches meet is known as

A point where three or more branches meet is called a junction point.

A point at which two or more elements are joined together is called a node. The junction points are also the nodes of the network.

Ques 30. For V-curve for synchronous motor, the graph is drawn between

The Graph plotted between the armature current Ia and field current If at no load the curve is obtained known as V Curve. Since the shape of these curves is similar to the letter “V”, thus they are called V curve of the synchronous motor. 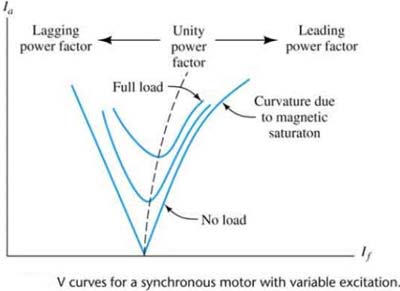