Ques.41. In a transmission line, the voltage regulation is negative whenever receiving end voltage Vs

The difference in voltage at the receiving end of a transmission line between conditions of no-load and full-load is called voltage regulation and is expressed as a percentage of the receiving end voltage. Mathematically, 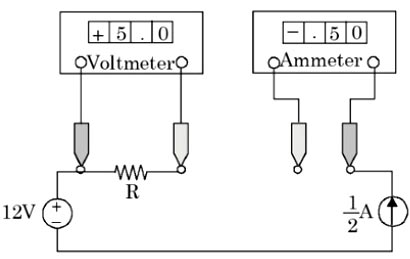 From the figure it can be concluded that the voltmeter reads 5 volts as shown in the figure below.

Ques.43. What is the reason behind using a centrifugal switch in a single-phase induction motor?

Answer.2. To cut-off the starting winding at an appropriate instant

The centrifugal switch is used to disconnect the starting winding of the motor once the motor approaches its normal operating speed i.e 50% – 70% speed.

Ques.44. In an AC network, the load connected is (10 + j10). The phase relation between the voltage applied and the current through the load is:

Ques.45. Which of the following plants experiences chain reactions?

A nuclear power plant is a steam turbine plant where steam is generated by a nuclear reactor. Nuclear energy is the energy that is trapped inside each atom. Nuclear energy is obtained by fission of uranium-plutonium or thorium or the fusion of hydrogen into helium.

In normal conditions, the energy released due to the disintegration of a uranium atom is significantly low. The capturing of neutrons by the uranium-235 is rather easy and to fission it for the release of the energy. In a chain reaction, particles released by the splitting of the atom strike other uranium atoms and split them. The particles released by this further split other atoms in a chain process. The chain reaction gives off heat energy. This heat energy is used to boil heavy water at the core of the reactor.

The formula for inductive susceptance is

The unit of Inductive susceptance is Siemen or Mho.

Ques.47. The trade name of the Nickel-Copper alloy, that is used as a heating element is:

Constantin‘, also known as ‘Eureka wire‘, is the trade-name for a copper-nickel alloy (approx. 60:40 ratio) formulated in the late 1800s by Edward Weston.

Ques.48. Extension of moving iron ammeter range can be done by using

Extending the range of a moving coil meter

Extending the range of an ammeter 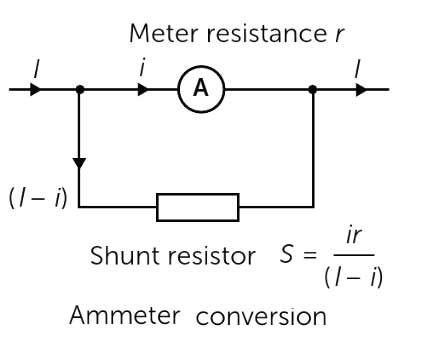 The full-scale current for a sensitive meter may be of the order of a milliampere or less. For this reason, a ‘shunt’ resistor, in parallel with the meter, is used to extend the current range of the meter.

Extending the range of a voltmeter 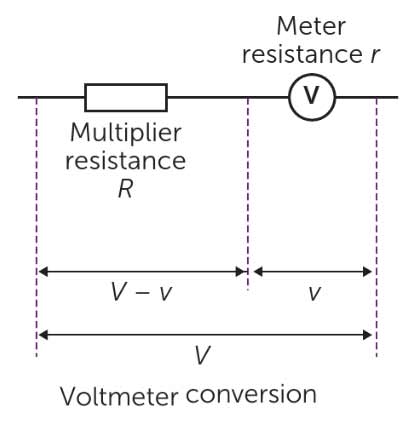 Ques.49. Which of the following should be used under no-load conditions?

Isolator or disconnecting Switch: An isolator is a switch that is designed to open a circuit under no-load condition. Its main purpose is to isolate one portion of the circuit from the other and is not allowed to be opened while current is flowing in the line. Such switches are used on both sides of a circuit breaker so that its repair works or replacement could be done.

Ques.50. Which motor is referred to as a universal motor? 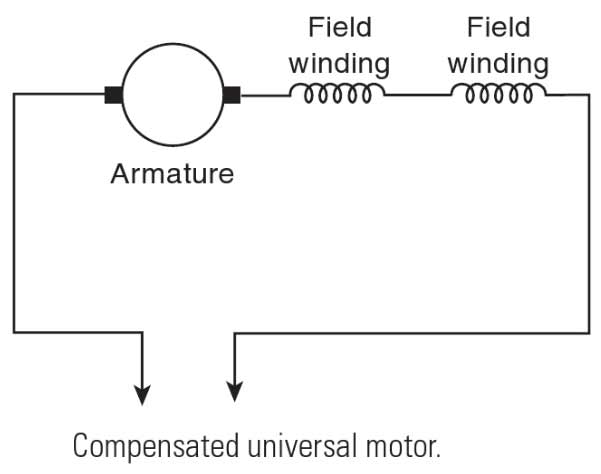