Ques 91. Wheatstone Bridge is best suited for the measurement of 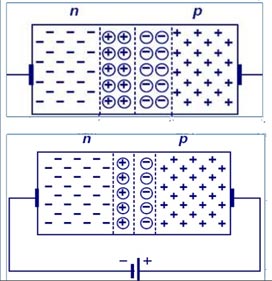 Ques 93.  While selecting a heating element, one should keep in mind that its specific resistance should be

Therefore material should have high specific resistance so that we can use a small quantity of wire to get the required amount of heat.

Ques 94. The resisting capacity of the Vacuum circuit breaker is

Ques 95. Surge diverters and Surge absorbers are the types of

The surge absorber and surge diverters are types of overvoltage protection that limit the transient overvoltage and switching overvoltages.

Ques 96. The 400 V distribution lines are commonly known as

The 400 V distribution lines (usually known as distributors) are laid along the roads and service connections to consumers are tapped oﬁ’ from the distributors.

Sometimes it may be reduced to 230 V. The power is then transmitted using distributors and service mains to the consumers. This is secondary distribution, also called low voltage distribution.

Ques 97. Which of the following has the least power consumption?

CFLs use 25-35% of the energy used by incandescent bulbs, but if you really want to make the biggest environmental impact on the environment, choosing LEDs is the way to go. Residential LEDs use 75% less energy and last 25 times longer than incandescent lighting.

Ques 98. Ceramics do not possess

A ceramic is an inorganic compound, non-metallic, solid material comprising metal, non-metal or metalloid atoms primarily held in ionic and covalent bonds. Since ceramics is non-metallic material, therefore, it does not conduct electricity.

Conversion from Binary to Decimal

Expand the number given in the binary form in the power of 2 and sum the values, the result which we will get will be in decimal form.

In this method, the light does not reach the working plane directly from the lamps. It is all reﬂected on the walls and ceiling from where it is indirectly reached to the working plane. This is called as diffused reﬂection. In this 0 to 10 % of light is in the lower hemisphere and 90 to 100 % is in the upper hemisphere. The advantage of this method is it gives no shadows and no glare. It is used in shops, hotels. drawing offices and workshops.
Pages: 1 2 3 4 5 6 7 8 9 10 11 12 13 14 15