The function of the economizer is to recover a portion of heat from the exhaust gases before the ﬂue gases enter the chimney and are discharged into the atmosphere.

The economizer is placed in the path of the flue gases in between the boiler exit and entry to the chimney. Feedwater coming from the feed pump, when passed through the economizer tubes, absorbs the heat in the exhaust gases. This increases the temperature of the water entering the boiler.

Due to the high temperature of feed water, fuel consumption reduces, and this increases the overall efficiency of the boiler.

In a similar way, it produces an electrostatic field and can also induce emf in a nearby circuit due to electromagnetic induction. In a secondary instrument, one of the above effects is used to produce the deflecting torque. For example, 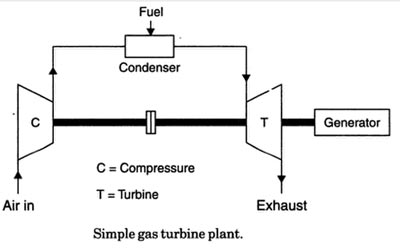 A modiﬁed plant may have in addition to the above an intercooler, regenerator, reheater etc. The working ﬂuid is compressed in a compressor which is generally rotary, multistage type. Heat energy is added to the compressed ﬂuid in the combustion chamber.

This high energy ﬂuid, at high temperature and pressure, then expands in the turbine unit thereby generating power.The gas turbines work on an open cycle, semiclosed cycle or closed cycle. In order to improve efficiency, compression and expansion of working fluid are carried out in multi-stages.

Ques 116. By low voltage application, we can start a

A Schrage motor is a polyphase commutator motor with shunt characteristics. The Schrage motor has its primary winding on the rotor connected to the supply through slip-rings and brushes. The rotor also carries a low-voltage commutator winding with conductors located in the same slots as, and above, those of the primary.

The secondary winding is on the stator. The primary and secondary windings are similar to those of a conventional induction motor. Hence in the Scharge motor, the rotor carries two windings, of which one receives current from the supply by means of collector rings, while the other is connected to the commutator.

The input circuit of FET is reverse biased, FET exhibits a much higher input impedance (in the order of 100 MΩ) and lower output impedance and there will be a high degree of isolation between input and output.

Ques 118. The full scale deflection in an Induction instruments is about:

Ques 119. Susceptibility for Paramagnetic materials is

Susceptibility for Paramagnetic materials is Positive and small.

Property of Paramagnetism is found in those substances whose atoms or molecules have an excess of electrons spinning in the same direction. Therefore atoms of paramagnetic material possess permanent magnetic dipole moment (due to orbital and spin magnetic moment.

Ques 120. In Induction wattmeters, the instantaneous value of deflecting torque is ________ voltage under measurement. 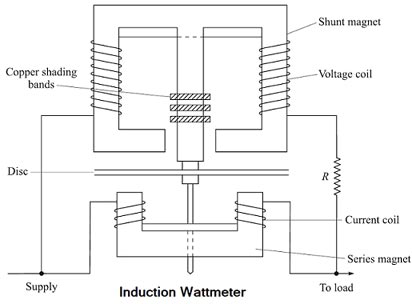