Ques.31. Which instrument has the multiple shunt or series resistance inside the meter?

The multirange meters are designed to operate on more than one range. This is done by connecting the meter movement to different series shunts.

Multipliers are high resistances connected in series with the moving coil to extend the range of measurement of PMMC type voltmeters.

When a multirange meter is used, care must be taken that the shunt is never disconnected from the meter. Disconnection would cause the meter movement to be inserted in series with the circuit and full-circuit current would flow through the meter. 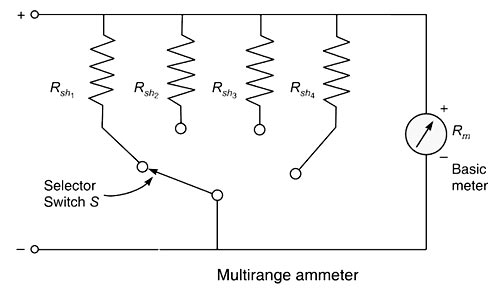 Ques.32. By which of the following elements transients will not occur?

Transient is any sudden change in the system caused by generator shifting,  faults,  outages, addition or removal of a heavy load, or any switching operation in the system.

Transients are non-steady-state time variations of voltages and currents which occur as a result of switching circuit elements and (or) changing interconnections of electric circuits. The transients occur because of the presence of energy storage elements (i.e., inductors and capacitors).

As we know that the potential difference across a capacitor cannot change instantaneously and the current through an inductor cannot change suddenly. If therefore, when a circuit containing capacitance or/and inductance is operating in the steady-state and conditions change for some reason, requiring the current and voltage values to change, there will be a finite period of time during which these changes take place. This period is called a period of transient operation.

(2) when such a circuit, having been operating in the steady-state for some time, is suddenly switched off.

These transient conditions are associated with the changes in the energy stored in the capacitor or the inductor, and circuits containing either of these elements are called single energy circuits. Circuits containing both of these elements are called double energy circuits. Because there is no energy stored in purely resistive circuits, currents and voltages in such circuits are able to change without periods of transient operation (i.e. instantaneously).

Ques.33. Calculate the frequency in Hz of a 10-pole Ac generator that rotates at 1800 RPM.

The speed of the AC generator is given as

The temperature coefficient of the zener diode is given as

T2 is the new temperature level

T1 is room temperature in an enclosed cabinet

V1 is the nominal Zener potential

ΔV is the change in voltage

Ques.35. Of what material, Swamping resistance is made up?

The basic sources of error in instruments are friction, temperature, and the aging of various parts.

Followings are the reasons for temperature error:

(b) The ammeter coil and the shunt are not made of materials with the same temperature coefficient.

Because of the above facts the multiplying power of the shunt changes with the temperature.

This error may be eliminated by making the shunt and the ammeter coil of the same material and by maintaining the same temperature for the coil and the shunt. But both conditions are difficult to be fulfilled. A copper shunt is, likely to be bulky.

Alternatively, a swamping resistance is used in series with the ammeter.  The swamp resistor is made of Manganin combined with copper in the ratio of 20:1 to 30:1 and has a resistance three to four times that of the coil, which is hardly affected by temperature variations. The total resistance of the moving coil and swamping resistor increases slightly with a rise in temperature, but only just enough to overcome the effect of springs and magnets so that the overall temperature effect is zero.

Ques 36. The output impedance of an emitter follower is

Ques.37. Alternating current is measured by:-

Induction-type instruments are used only for A.C measurement and can be used either as an ammeter, voltmeter or wattmeter. However, the induction principle finds its widest application as a watt-hour or energy meter. In such instruments, the deflecting torque is produced due to the reaction between the flux of an ac magnet and the eddy currents induced by another flux.

a thin aluminum or copper disc D free to rotate about an axis passing through its center as shown in Figure. Two electromagnets P1 and P2 produce alternating fluxes φ1 and φ2 respectively which cuts this disc. 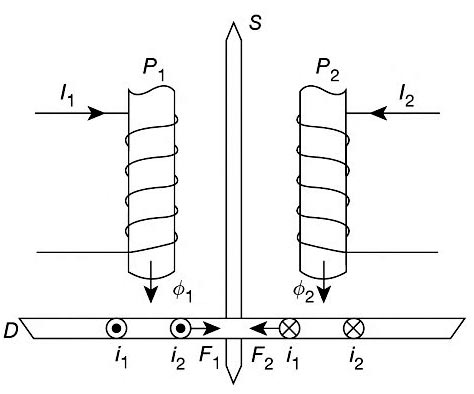 Ques.38. Which among the following is the important component of the value of critical density in a superconductor?

A few important properties of superconductors are explained in brief in this section. 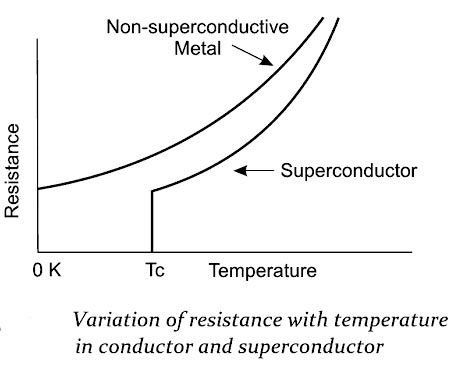 Similarly, good superconducting materials like Zn and Pb are not good electrical conductors. 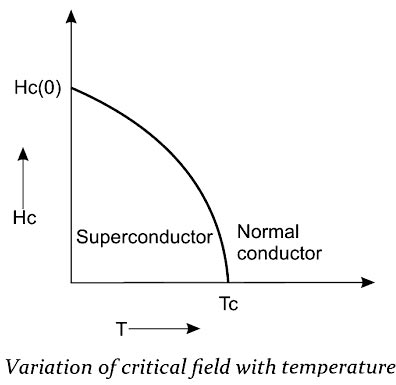 The critical current density is another important characteristic feature of the superconducting state.

Ques.39. Which among the following indicates early effect in BJT?

in the case of PN junction, the junction potential is directly proportional to the square of the width of the depletion layer. In equation form, we express this as

From this, we conclude that the junction width can be varied by varying the applied voltage.

In a bipolar junction transistor, we have its emitter-base junction forward biased. This voltage creates a narrow depletion layer between the base and the emitter. Similarly, its collector-base junction is reverse biased, which creates a wider depletion layer between the base and the collector. The depletion region reduces the effective width of the base and hence reduces the chances of recombination in the base. This, in turn, increases the collector current with applied voltage. This effect is called the Early effect. It is also known as the base-width modulation or base-narrowing effect as the base width gets modulated or narrowed with the applied voltage. 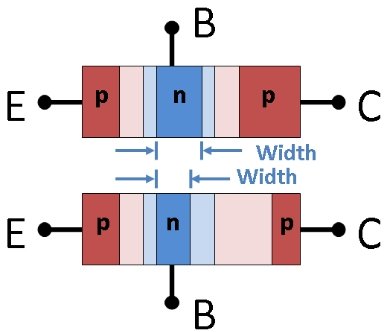