The Advantage of LVDT are

The Advantage of LVDT are

All of the above

This is the most widely used inductive transducer for translating linear motion into an electrical signal. As we know that displacement is a vector quantity representing a change in position of a body or a point with respect to a reference. It can be linear or angular (rotational) motion. With the help of the displacement transducer, many other quantities, such as force, stress, pressure, velocity, and acceleration can be found. 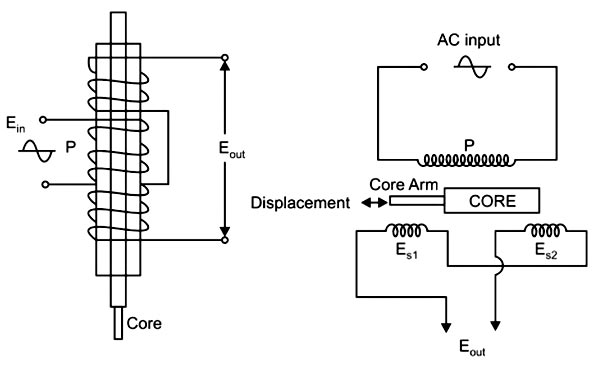 The main electrical displacement transducers work on the principle of

Variable capacitance: transducer is a parallel plate capacitor with a variable gap

1. The LVDT can be used in all applications where displacement ranging from fractions of a few mm to a few cms have to be measured.

2. Acting as a secondary transducer, LVDT can be used as a device to measure force, weight & pressure, etc.