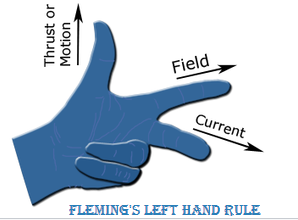 A DC  motor is a machine which converts DC power or current into the mechanical output.

In this section, we will study about the Principle of DC motor, its working, and rules related to DC machine.

Back EMF in D.C Motor

Let’s get it easily.

As per Newton’s 3rd law which is applicable to electrical circuits as Lenz’s law says that every action opposes its cause. Similarly, in motors, the voltage applied is the cause for the motion and hence the applied voltage is opposed by the emf developed by the motor which is called as back emf.

Why is DC motor self-regulating?