Method of starting of Synchronous Machine

Starting with the help of a damper winding 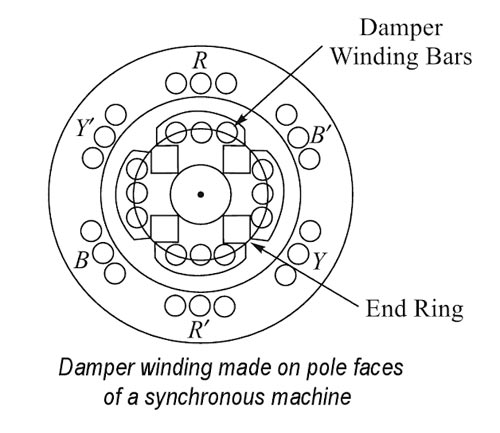 Starting as an induction motor and run as a synchronous motor

Starting by Using a D.C Motor Coupled to the Synchronous Motor

Starting with the Help of a Separate Small Induction Motor

The disadvantage of this method is the impossibility of starting the motor under load since it is impractical to have a large auxiliary starting motor. This method is, therefore, used mainly for motor-generators which convert alternating current into direct current and can be started by a D.C. machine by using the generator at starting as a motor. This method can also be used in high-power synchronous condensers.