The direction of rotation of a universal motor can be changed by either:

(i) Reversing the field connection with respect to those of armature

Construction and Working of Alternator | How does an alternator work?

The second method, i.e., the two field method is used in applications such as motor-operated rheostats and servo systems. This method has somewhat simpler connections than the first method. 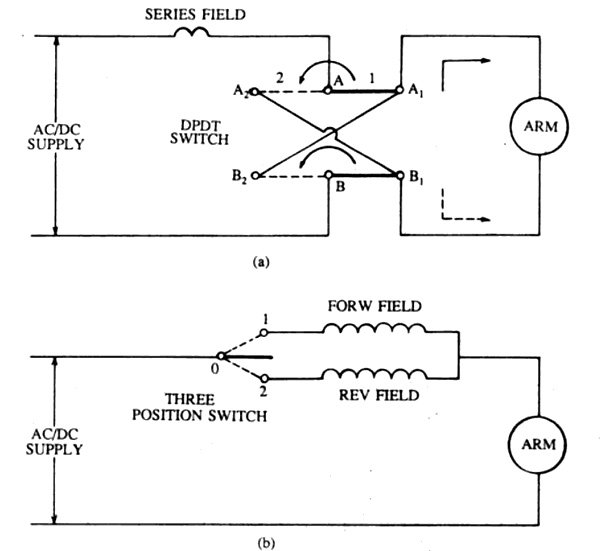