The three waves shown in the figure are: 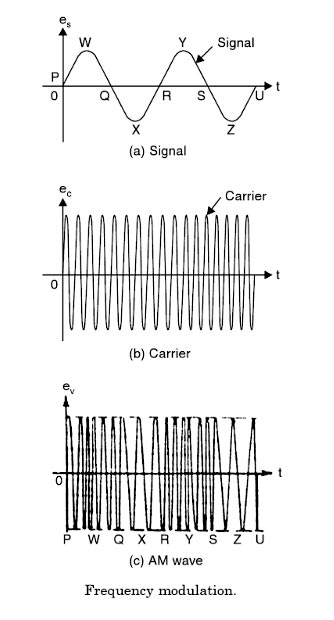 The following points are worth noting:

(i) The amplitude of the modulated wave is the same as that of the carrier wave.

(ii) The frequency of the modulated wave varies in accordance with the message signal.

1. A smaller area of reception.

2. The wider channel is needed.