The INPUT of the logic gate is 0. The output is 1. The gate is

The INPUT of the logic gate is 0. The output is 1. The gate is

The NOR gate has two or more input signals but only one output signal. All inputs must be low and get a high output. In other words, the NOR gate recognizes only the input words whose bits are all 0S. 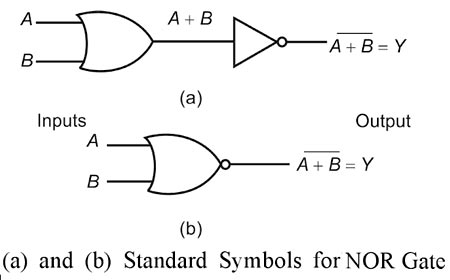 NOR means NOT OR, i.e. the OR output is NOTed. So, a NOR gate is a combination of an OR gate and a NOT gate.
Fig shows the logical structure of the NOR gate which is an OR gate followed by a NOT gate. Therefore, the final output is NOT the OR of the inputs. A small invert bubble has been added to the OR symbol to form the NOR symbol. 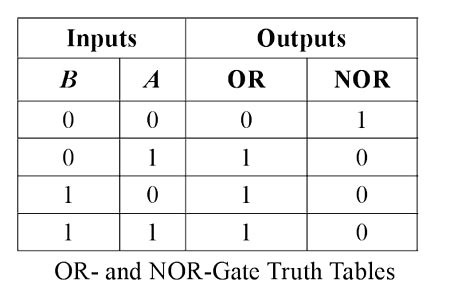 The exclusive-NOR gate, abbreviated Ex-NOR, is an Ex-OR gate, followed by an inverter. An Exclusive-NOR gate has two or more inputs and one output. The output of a two-input Ex-NOR gate assumes a HIGH state if both the inputs assume the same logic state or have an even number of 1s, and its output is LOW when the inputs assume different logic states or have an odd number of 1s. 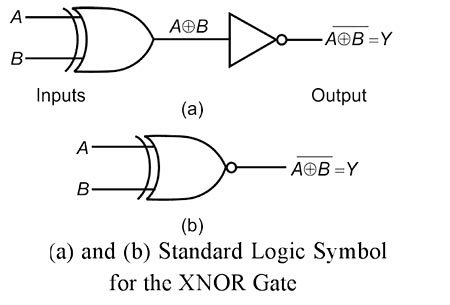 The logic symbol of the Ex-NOR gate is shown in above Fig. and its truth table is given in Table. From the truth table, it is clear that the Ex-NOR output is the complement of the Ex-OR gate. 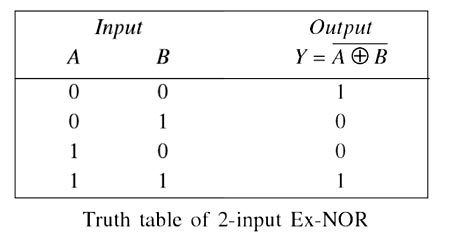