The speed of a universal motor is generally reduced by using

The speed of a universal motor is generally reduced by using

Various methods are employed for speed control of universal motor

Gear train Method:- Generally in order to reduce the speed of a Universal motor, an output gear system is used. When the speed reduces, the torque increases and this helps in the movement of heavy loads. Normally, two types of gear, viz. worm gear and spur gear are common in the industry.  The worm gear is self-locking thus load cannot move downward by back-driving the motor. In the case of spur gear, the load can back drive the system but frictions are normally provided for protection. Worm gear uses more power than spur gear and is approximately one-half as efficient as a spur gear. However, speed reduction from 1800 rpm to 1 rpm is possible through worm gear only. 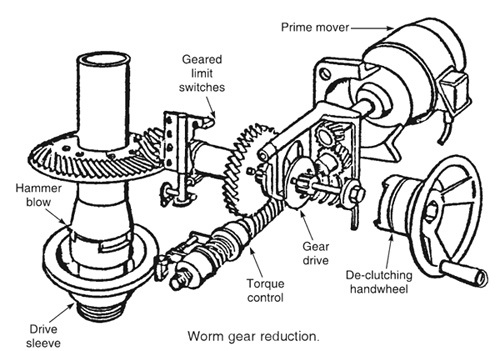 Tapping-field method:- In this method, the field winding is tapped (for one pole) at different points. By using this technique, the flux is controlled.

Centrifugal device mechanism:- This mechanism is employed in universal motors used in home food and drink mixers. They have a number speed selection facility. An external liver (knob) is used to set the required speed. A centrifugal device is placed inside the motor. The switch is adjustable. If the motor speed exceeds the set speed, the switch opens and the resistance is excluded in the motor circuit so that speed decreases. If speed decreases, the switch closes and removes the resistance from the circuit, so that speed increases. This process is very fast and hence motor runs at almost the set speed. The capacitor is to avoid sparking due to the switching operations. 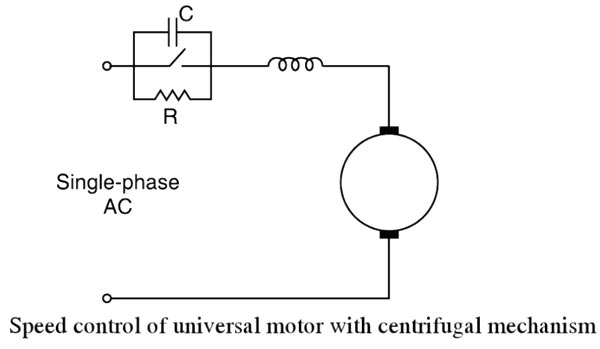