Ques.1. Which of the following is the dimensional formula for conductance or conductivity?

The conductance is given as

Now the Dimensional formula of conductance will be

Ques.2. Which of the following is the CORRECT expression for the capacitance of a parallel plate capacitor?

The figure shows the structure of a parallel plate capacitor. It is made up of two parallel plates of the area of cross-section A, kept in an insulating medium and separated from each other by a distance of d metros. Then, if the two plates are applied with a potential, one of the plates will be positively charged and the other negatively charged. Let the charge on the plates be given by Q coulombs.

Ques.3. In a series combination of several inductors, the equivalent inductance is______

Let us Suppose that the three Resistance L1, L2, L3 of 1 Henry, 2 Henry, and 3 Henry are connected in series respectively.

Now add all the inductance of the circuit we get

Ques.4. Which of the following is the reciprocal of the resistivity?

Ques.5. Determine the value of equivalent inductance, if 4 inductors having inductance L are connected in parallel. 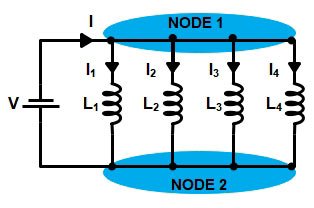 Note:- Inductor connected in parallel combine same way as the resistor in parallel.

Applying KCL to the circuit we get

Ques.7. How much power will be dissipated by a 10 ohms resistor, when the current through the resistor is 3A?

The change in resistance of a material with the increase in temperature can be expressed b means of the temperature coefficient of resistance. Consider a conductor having resistance Ro at 0°c and Rt at t°c. From the above discussion, we can conclude that the change in the resistance i.e (Rt – Ro) is

Where αo is constant and called the temperature coefficient of resistance at 0°c and its value depends upon the nature of material and temperature.

Hence the value of resistance at 40°C is

Ques.9. Determine the energy stored (in J) by a 5 H inductor, when the current flowing through the inductor is 6A.

Ques.10. Determine the equivalent resistance (in ohms) for the circuit given below. 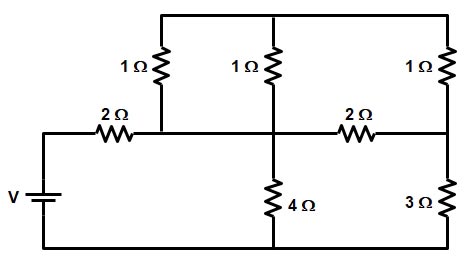 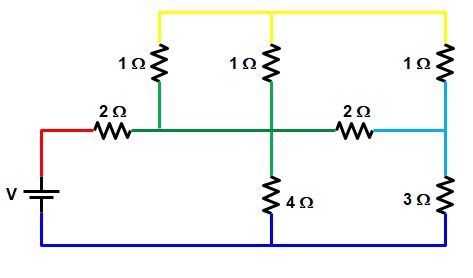 As you can see from the above figure the two resistance of 1 ohm each share two common colors i.e yellow and green hence this two resistance are parallel. 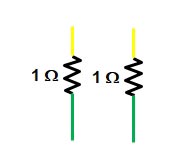 Again redraw the circuit as shown in figure 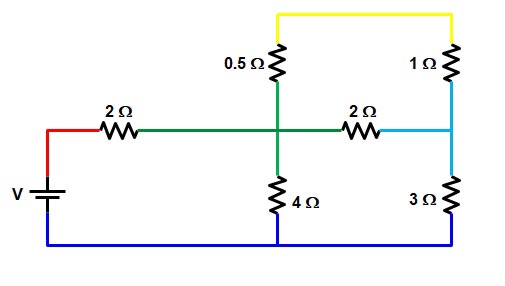 Now the yellow wire is connected to only the resistance of 0.5 Ω & 1 Ω hence these two resistance are in series,

Now again redrawing the circuit we get 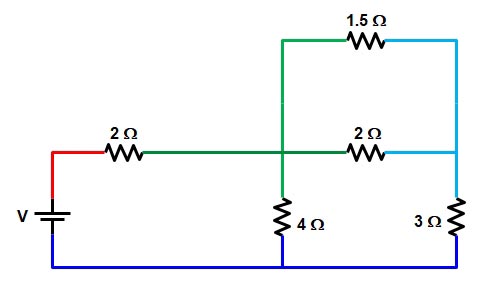 From the above figure, it is clear that the resistance 1.5 Ω and resistance 2 Ω share the same two colors i.e green and sky blue, therefore, these two resistance are connected in the series.

Again redrawing the circuit we get

The sky blue wire is connected to the only resistance 6/7 Ω and 3Ω hence they both are connected in series, therefore,

Redraw the given circuit

Now the final circuit is shown below

Now the green wire is connected to the only resistance of 2 Ω & 1.96 Ω 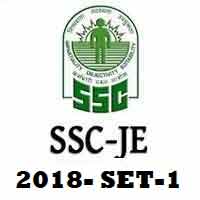 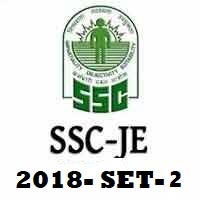 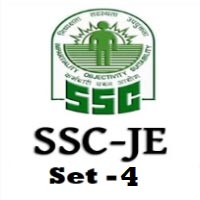 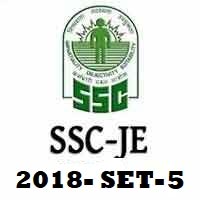