Ques 1. When a source is delivering maximum power to the load the efficiency will be? (SSC-JE 2015) 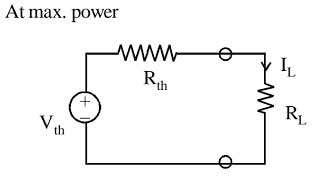 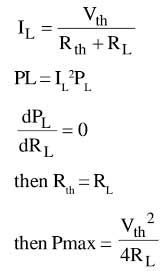 Under this condition, the same amount of power is dissipated in the internal resistance Rth and hence the efficiency is 50%.

The balanced condition for Maxwell bridge is given as

Ques 3. A 150-volt moving iron voltmeter of accuracy class 1.0 reads 75 V when used in a circuit under standard conditions. The maximum possible percentage error in the reading is (SSC-JE 2015)

Ques 4. Creeping in a single-phase induction type energy meter may be due to (SSC-JE 2015)

The slow but continuous rotation of energy meter when only pressure coil is excited and there is no current flowing through the current coil (i.e under no-load condition) is known as creeping.

Creeping occurs due to

In order to prevent creeping two holes of the same radius is drilled on the opposite side of the spindle, the disc will stop when one of the holes comes under the shunt magnet.

Ques 5. With the positive probe on an NPN base, an ohmmeter reading between the other transistor terminal should be? (SSC-JE 2015)

Since the base is connected to +ve probe it has a higher potential than other terminals so it makes the transistor in forward bias mode for both terminals and as we know in forward bias resistance is very low.

Ques 6. If a dynamometer type wattmeter is connected in an AC circuit, the power indicated by the wattmeter will be? (SSC-JE 2015)

Where V and I are RMS value of voltage and current.

Lissajous Pattern with different Ratios is given as

hy: tangencies at the y-axis

hx: tangencies at the x-axis

Ques 8. Three wattmeter method of power measurement can be used to measure power in (SSC-JE 2015) 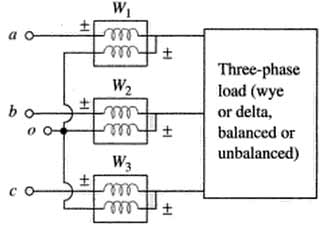 Answer.3. Both Balanced and Unbalanced circuits

In case if the supply is 3-phase, 4 wire system, then for the unbalanced system or loads the two wattmeters can’t be used since the current is flowing through neutral. The three wattmeter method of power measurement will work regardless of whether the load is balanced or unbalanced, delta or Wyne connected.

Answer.2. Forcing a constant current and measuring the voltage across the unknown resistance

The only type of meter used in modern electronics instruments is the moving coil or d’Arsonval. These equipment are accurate and Robust and may be obtained with extremely sensitive movements.

To measure resistance a known EMF is applied in series with the meter and the resistor, and Ohm’s law is used to perform the calibration. A protective resistor is placed in series with the meter, so that if the unknown resistance should, in fact, be zero, the meter will read the only full scale, instead of passing a destructively large current. The value of the protective resistor is subtracted in each case from the total calculated resistance to obtain the unknown resistance.