Ques 1. The voltage wave v = Vm sin⁡(ωt − 15°) volt is applied across an ac circuit. If the current leads the voltage by 10° and the maximum value of current is Im, then the equation of current is

From the above question, it is clear that the given circuit is capacitive in nature, therefore, the current is leading the voltage by 10°. Hence,

Ques 2. The average value of current (Iav) of a sinusoidal wave of the peak value (Im) is

The average value is the DC value that produces the same charge as it is produced by an AC source in the given circuit for the given time. 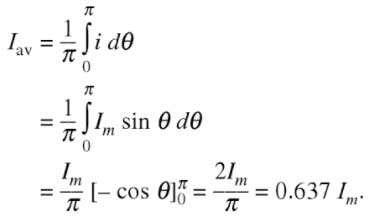 Ques 3. The emf induced in a coil is given by f = -N dΦ/dt, where ‘e’ is the induced emf, N is the number of turns and dΦ’ is the instantaneous flux linkage with the coil in time ‘dt’. The negative sign of the above expression is due to

Ques 4. The mutual inductance between two coils having self-inductances 3 Henry and 12 Henry and coupling coefficient 0.85 is

Ques 5. The temperature coefficient of resistance of copper at 20°c is

The  formula for temperature effects on resistance is

α = Temperature coefficient of the resistance of the conducting material

The temperature coefficient for some common materials are listed below (@ 20ºC): 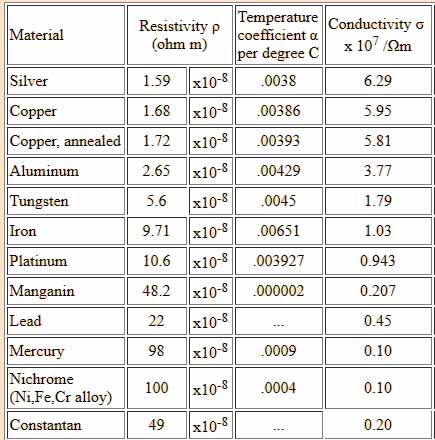 Ques 6. The load characteristics of the dc shunt generator are determined by

Ques 7.  How many watt-seconds are supplied by a motor developing 2 hp (British) for 5 hours?

To convert Watt-Hour into Watt-sec multiply it by 3600

Ques 8.  A 4-pole generator is running at 1200 rpm the frequency and time period of E.M.F generated in its coils are respectively.

Ques 9. The single-phase Induction Motor(IM) which does not have a centrifugal switch is

Ques 10.  When a multiplier is added to an existing voltmeter for extending its range, then its electromagnetic damping