Ques 1. A lamp having mean spherical candle power of 800 is suspended at a height of 10 m. Calculate the illumination just before the lamp

Ques 2. Hydrogen is used in large alternators mainly to

Why is hydrogen used for Alternator cooling?

None of the options is correct check Explanation

Since they are of the same material they will have the same resistivity.

Therefore A is 8 times longer than B

Ques 4. In the circuit shown in the figure, find the transient current i(t) when the switch is closed at t = 0, Assume zero initial condition. 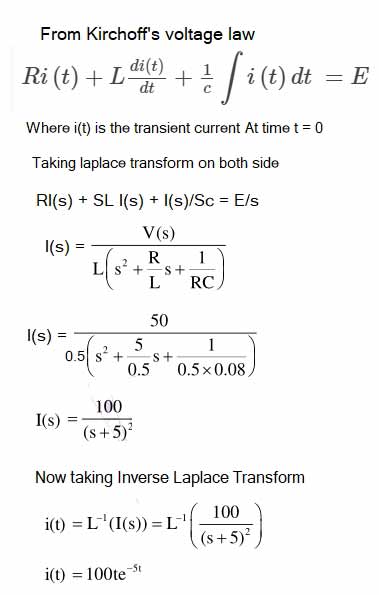 Ques5.  The Ebers-Moll model is applicable to:

Ques6. A DC voltmeter has a sensitivity of 1000Ω /volt. When it measures half full scale in 100 V range, the current through the voltmeter will be

For 1 volt resistance is 1000 ohm as given in the question.

And thus full current in the meter = v/r

Ques 7. A delta-star transformer has a phase to phase voltage transformation ratio of a : 1 [delta phase: star phase]. The line to line voltage ratio of star-delta is given by 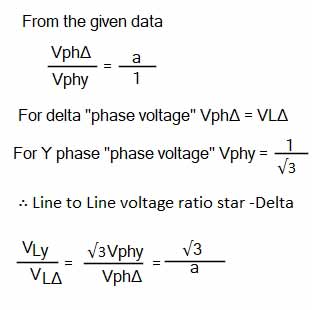 Ques 8. Which of the following motors can be run on A.C as well as D.C supply?

Ques9. The power factor of the circuit shown in figure: 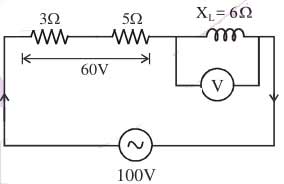 Due to inductive circuit power factor is lagging

Ques 10. The power factor of the A.C circuit is given by:

In electrical engineering, the power factor of an AC electrical power system is defined as the ratio of the real power flowing to the load to the apparent power in the circuit ” R/Z”.
Pages: 1 2 3 4 5 6 7 8 9 10