Ques 1.  A conducting wire has a resistance of 5Ω. What is the resistance of another wire of the same material but having half the diameter and four times the length?

A = area of cross-section in m2

Dividing both the equation 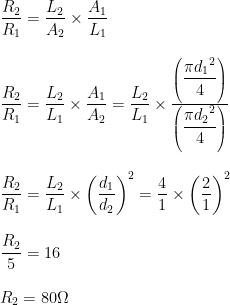 Ques 2. Two coils connected in parallel across a 100V DC supply, take 10 A current from the supply. Power dissipated in one coil is 600 W. What is the resistance of each coil?

Putting the value of R1 in equation 1

Ques 3. Determine the current through 5Ω resistor in the given circuit 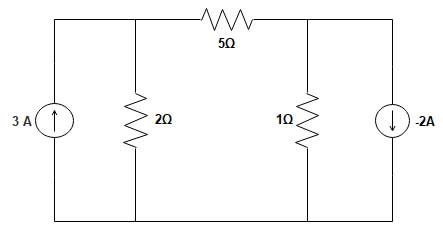 Sol:- The above circuit can be reconstructed using source transformation theorem

Ques 4.  Find the voltage across 5Ω resistance in the network shown in figure using Thevenin’s theorem

Sol:- To determine the Thevenin’s Equivalent circuit Resistance Rth, all the voltage source are replaced by the Short circuit. 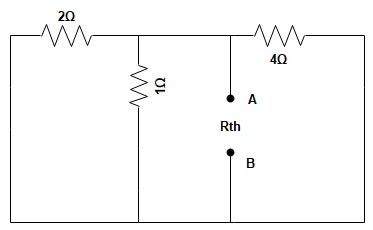 To determine the voltage Vth the 5Ω Resitance is removed as shown in figure, Now by applying Node analysis method 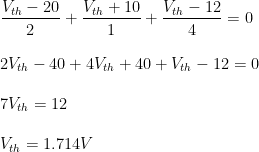 The equivalent Thevnin’s circuit is shown below 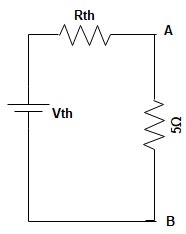