Qus 1(a). Two conductors, one of copper and the other Iron, are connected in parallel and carry equal current at 30°C. What proportion of the current will pass through each if the temperature raised to 90°C? The temperature coefficient of resistance at 0°C is 0.0043/°C and 0.0063/°C for copper and iron respectively.

Sol:- Let the Resistance of the copper be Rcu

& The resistance of the Iron be Ri

Ro is the temperature at 0° Celsius

Rt is the temperature at t° Celsius.

Since the copper and iron conductors carry equal currents at 25°C, their resistances are the same at that temperature. Let each be R ohm i.e

At 90°C, resistance of copper conductor

At 90°C, resistance of iron conductor

If I is the current at 90°C, then as per current divider rule, current in the copper conductor is

Ans.1(b). The diagram of the above question is given below 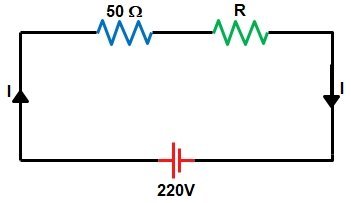 Power dissipation in the resistor

Now the power dissipation in the 50Ω resistor 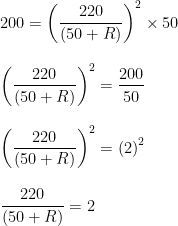 Ques 1(c). In the network shown in figure 1, the different currents and voltages are as under: 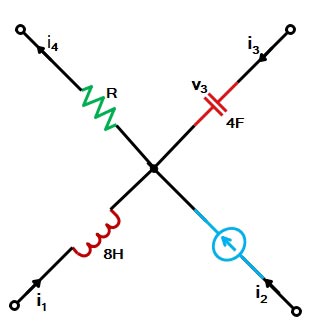 According to KCL, the algebraic sum of the currents meeting at juncion A is zero i.e.

Now, current through a capacitor is given by i = C dv/dt

Substituting this value of i3 in Eq (i) above, we get

The voltage V1 developed across the coil is

Ques 1d. From the given figure find the current in the 10 ohm resistor using Thevenin’s Theorem

Sol:- The first step is to remove the 5Ω resistance, and to determine the voltage Vth as shown in the figure. 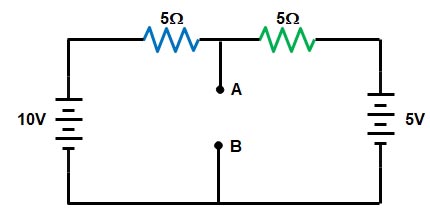 Next, the voltage between the two points where the load resistor used to be attached is determined. In this question, the original circuit with the load resistor removed is nothing more than a simple series circuit with opposing batteries, and therefore we can determine the voltage across the open load terminals by applying the rules of series circuits.i.e

The voltage between the two load connection points can be figured from one of the battery’s voltages and one of the resistor’s voltage drops and comes out to 11.2 volts. This is our “Thevenin voltage” (Vth) in the equivalent circuit.

⇒ To find the Rth, the two voltage source is removed and replaced with the short circuit. The resistance at Terminal AB then is in the parallel combination of the two 5Ω resistance. 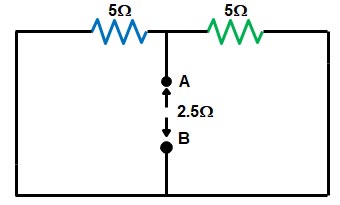 ⇒ Now the Thevenin’s equivalent circuit is shown in the fig. 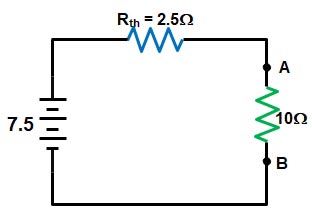 So current through 10Ω resistor

Ques1(e). A variable air capacitor has 10 movable plates and 11 stationary plates. The area of each plates is 0.002 m2 and separation between opposite plates is 0.001 m. Determine the maximum capacitance of this variable capacitor. 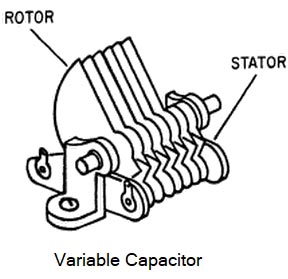 For maximum capacitance, the two groups of plate i.e stationary part and rotating part must face each other. The whole capacitor consists of (n – 1) identical single capacitors connected in parallel. Each capacitor has surface area A and plate separation d so its capacitance is given by