Ques.71. An electric motor in which both the rotor and stator fields rotate with the same speed is called

In the synchronous motor, the stator and rotor rotate at the same speed.

Ques.72. Which of the following lamps employs a bimetallic strip?

A fluorescent lamp is a hot cathode low-pressure mercury-vapor lamp. 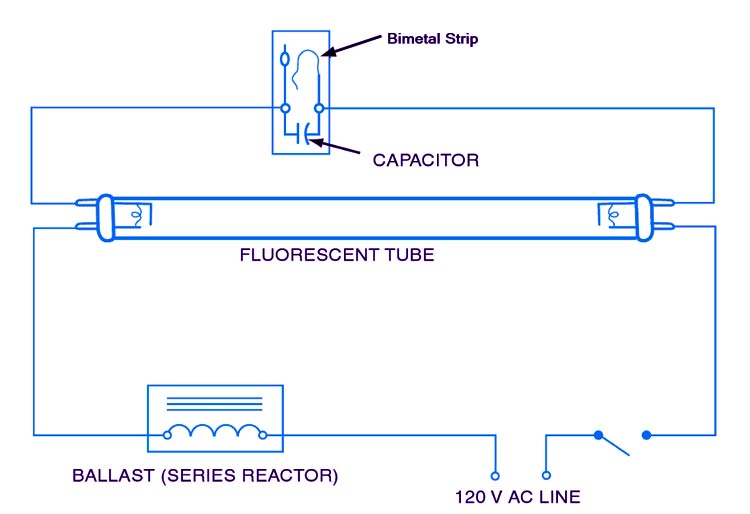 Ques.73. Let T be the net torque developed by the rotor runs at ω rad/s. What is the mechanical power developed?

By the term, torque is meant the turning or twisting moment of a force about an axis. It is measured by the product of the force and the radius at which this force acts. Consider a pulley of radius r meter acted upon by a circumferential force of F Newton which causes it to rotate at N r.p.m. 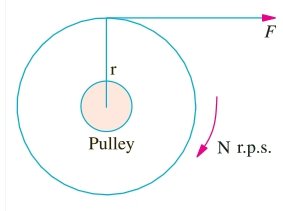 The angular speed of the pulley is

Work is done by this force in one revolution

Ques.74. If an alternator is operating at unity power factor, then its terminal voltage is

Answer.3. Less than the induced EMF, with positive voltage regulation

Consider a purely resistive load connected to the alternator, having a unity power factor. As induced e.m.f Eph drives a current Iph and load power factor is unity, Ephand Iph is in phase with each other.

It can be seen from the phasor diagram that there exists a phase difference of 90°between the armature flux and the main flux. From the waveforms, it can be seen that the two fluxes oppose each other on the left half of each pole while assisting each other on the right half of each pole. Hence average flux in the air gap remains constant but its distribution gets distorted. Hence such distorting effect of armature reaction under unity p.f. the condition of the load is called the cross magnetizing effect of armature reaction. Due to such distortion of the flux, there is a small drop in the terminal voltage of the alternator

The difference in voltage at the receiving end of a transmission line between conditions of no-load and full-load is called voltage regulation and is expressed as a percentage of the receiving end voltage. Mathematically,

Ques.75. In the circuit shown, find the equivalent resistance between A and B. 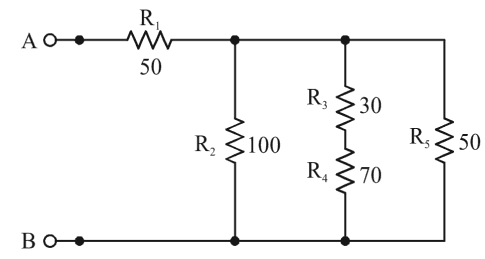 The resistance R3 &  R4 are connected in series 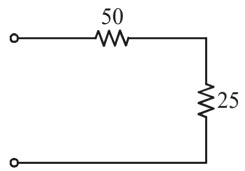 Resistance 50Ω and 25Ω are connected in series.

Ques.76. The below symbol which is used in single line diagrams represents

The single-line diagram (also called one-line diagram) is a pictorial representation of connections of various components of the power system, using standard symbols for components and lines for the transmission lines connecting them.

The symbol given in the question is of Potential transformer. 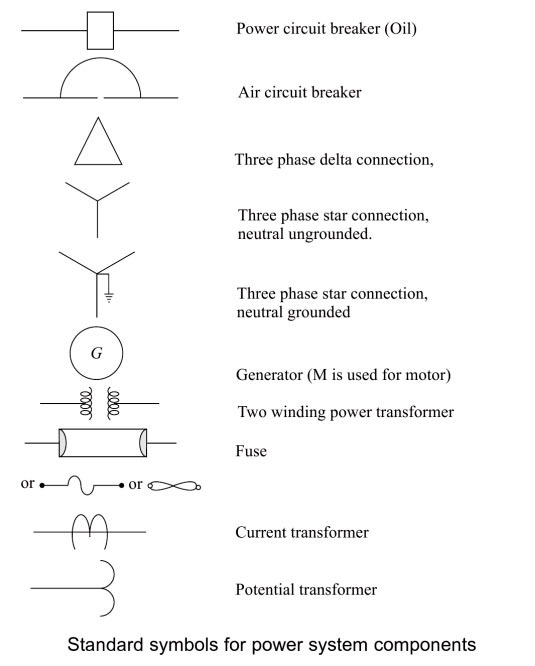 Ques.78.  In a capacitor start single phase induction motor the current in the:

Ques.79. An electric heater is connected across 230V and it draws a current of 2A. Then the resistance offered by the heater is?

Ques.80. A coil is wound with 50 turns and a current 8A produces a flux of 200μWb. Calculate the inductance of the coil.

The inductance of the coil is given by the relation