Ques.81. In electric traction, the coefficient of adhesion is represented by

When two solid surfaces are brought into contact, a finite normal force is needed to pull the two solids apart. This force is known as the force of adhesion or simply adhesion.

The coefficient of adhesion () defined as the ratio of tractive effort required to propel the wheel of a locomotive to its adhesive weight. Adhesion traction is the friction between the drive wheels and the steel rail.

The single-phase motor with a single winding is not self-starting, because if the single winding is fed with a.c., it simply produces a “pulsating field” which rises and falls with the alternating current, and this type of field produces no torque in the rotor.

The circuit shown in the question is an AND GATE. In an AND gate has two or more inputs but it has only one output. An input signal applied to a gate has only two stable states, either 1 (HIGH) or 0 (LOW). In AND gate for any input A&B the output is A.B.

Mutual inductance between the two coils is K = √L1.L2

Ques.85. The Norton’s current in the circuit shown below is 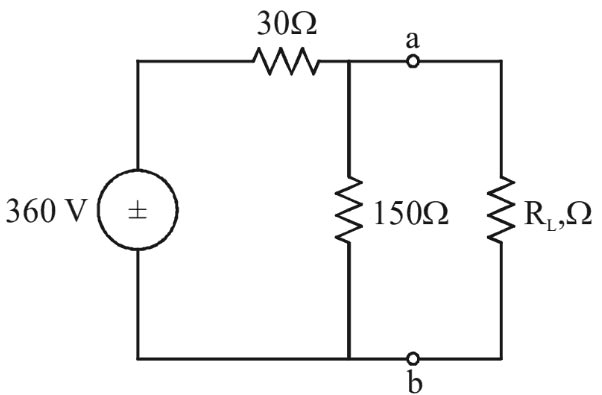 According to the Norton theorem, to find the Norton current, first remove the load resistance RL from the network terminals AB. Short circuit the terminals AB as shown in Figure calculate the current ISc or IN through the short circuit. 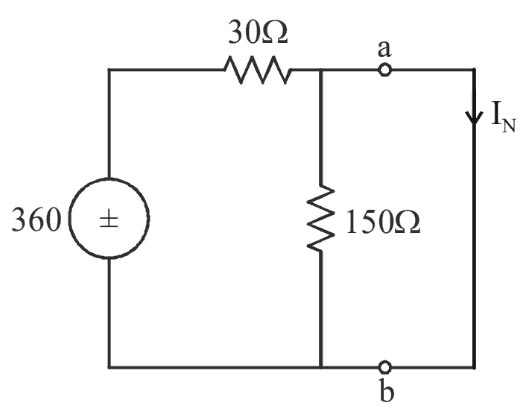 Ques.87. The ratio of average energy demand to maximum demand during a specific period in

The ratio of average energy demand to maximum demand during a specific period is called the load factor.

Effects and Uses of Capacitors in Electric Circuits

When a capacitor is connected in series in a dc circuit, no current can flow through the capacitor because of the insulating quality of the dielectric. When a voltage is applied to such a circuit, there is a momentary flow of electrons into the negative plate of the capacitor and a corresponding flow out of the positive plate. As soon as the dielectric stress is equal to the applied voltage, the flow of electrons stops. If the voltage is removed, the charge remains in the capacitor until a path is provided through which the electrons can flow from the negative plate hack to the positive plate.

As the capacitor charges, its voltage increases, and the amount of charging current decreases. When the capacitor is fully charged to the applied voltage, it completely cancels the battery voltage, thus the current is zero. 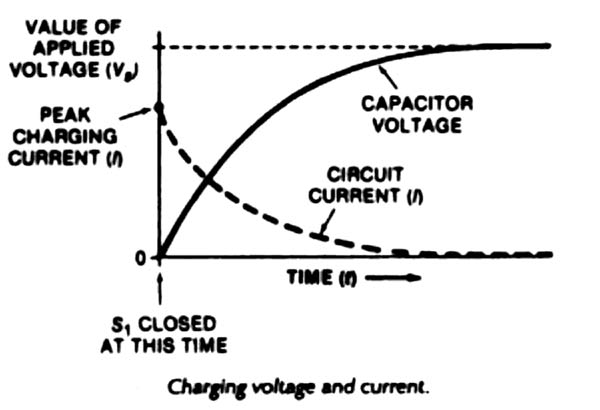 If the voltage from the source drops, the capacitor discharges into the circuit and holds the circuit voltage above that of the source for a short time. The property of capacitors to oppose changes in voltage is utilized in dc circuits to reduce or eliminate voltage pulsations.

Ques.89. The function of condenser in a Thermal power plant is:

(a) mixing type or jet condensers

(b) non-mixing type or surface condensers.

Ques.90. If the field of the synchronous motor is under excited the power factor will be:

The synchronous machine can operate at lagging, leading, and unity power factors. In the synchronous machine, the total air gap flux is produced by the dc source. If dc excitation is decreased, lagging reactive power will be drawn from the ac source to aid magnetization and thus machine will operate at lagging power factor. If dc excitation is more, leading current drawn from ac source to compensate (oppose) the magnetization and the machine will operate a leading power factor.