Ques 1. Which of the following batteries does not require trickle charging?

In trickle charging, the batteries are given a charge at a very low rate for a long period of time or continuously throughout their service. Trickle charging is used for acid batteries that are stored for relatively long periods.

The current is then adjusted to just counteract local action within the cells so that the voltage and the specific gravity of the electrolyte remain constant. Trickle charging is also used for keeping batteries in peak condition i.e a very low current is continuously passed through the battery and kept it fully charged.

Continuous trickle-charging or constant-current fast charge is not suitable for use with rechargeable alkaline batteries. The alkaline cells are not tolerant of high continuous charge currents and may be damaged if a high current is forced into them after they have reached a partially recharged state.

Ques 2. The voltage limit for AC single-phase induction motor is

Ques 3. In a delta connection, line voltage lags behind phase current by

In Δ connection, the line voltage is equal to phase voltage, as each winding is connected between any two lines. Therefore,

Now If we consider the line conductor R, then the current IB flows towards it while current IY flows away from it.

As the current in line R is the phasor difference between IR and IB, it is obtained by subtracting IB from IR. To do this, phasor IB is reversed as shown in fig. such that (IR – IB) becomes [IR + (-IB)]. From the phasor diagram, it is observed that the two phasors IR and -IB are equal in magnitude and are displaced at 60°. So, the current in line R.

Ques 4. The efficiency of Sovonious Windmill is about

With a Savonius wind turbine, it does not matter from which direction the wind is blowing, since there will always be more force exerted on whichever cup has its open face into the wind, and this will push the rotor around. 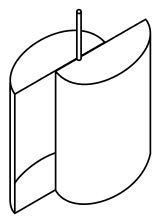 Ques 5. With increase in temperature, the resistance of semiconductors:-

The resistance of semiconductor, Insulator, and Electrolyte(silicon, Glass, Varnish etc) decrease with increase in temperature.

At zero temperature, the semiconductor behaves as a perfect insulator.  As the temperature increases, some of the electrons acquire energy and become free for conduction. Hence, conductivity increase and resistance decrease with an increase in temperature.

Ques 6. The ballistic galvanometer is calibrated to measure

A ballistic galvanometer is used to measure the total quantity of electricity, i.e. charge, displaced by a varying current of short duration such as in the charging and discharging of a capacitor.

Here, maximum deflection or throw is proportional to the total charge which passed through the galvanometer.i.e θ ∝ q

Ques 7. ________ is not a method of high resistance interruption of arc extinction.

Blast effect is low resistance method or Current Zero Method of arc extinction.In this method, the ionized particles in the arc chamber are swept away at zero current points and replaced with the new ones, so these new particles offer high dielectric strength in between the circuit breaker contacts.

Semiconductor strain gauges depend upon the Piezoresistive effect for their action. 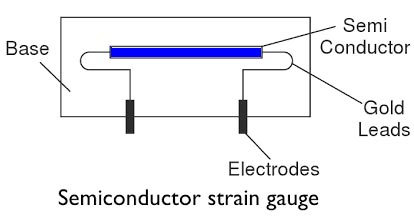 The silicon control rectifier (SCR) consists of four layers of semiconductors, which form NPNP or PNPN structures, having three P-N junctions labeled J1, J2, and J3, and three terminals. Silicon is used as the intrinsic semiconductor, to which the proper dopants are added.

Ques 10. Which of the following is not a part of Steam Power Plant?

Surge tank (or surge chamber) is a device introduced within a hydropower water system having a  long pressure conduit to absorb and neutralize the sudden pressure rise in case of valve closure. The surge tank is located between the almost horizontal or slightly inclined conduit and steeply sloping penstock and is designed as a chamber excavated in the mountain.

For hydroelectric power uses, a surge tank (Surge Chamber) is additional storage space or reservoir fitted between the main storage reservoir and the powerhouse (as close to the power house as possible).

Surge tanks are usually provided in high or medium-head plants when there is a considerable distance between the water source and the power unit, necessitating a long penstock. The main functions of the surge tank are 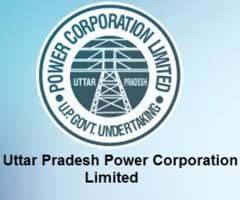 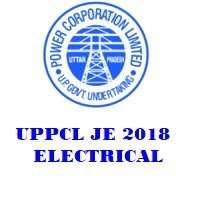 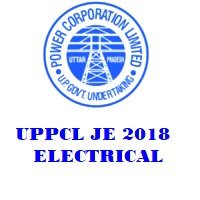