Ques 22. Power-factor of industrial arc and induction furnace is:

Arc lamps and electric discharge lamps operate at a low lagging power factor. An electric arc is essentially unstable and requires the use of ballast or choke to make it stable. It is due to the requirement of the magnetizing current by the choke that all devices employing electric arc have a low power factor.

Now Accuracy for 50 mA will be

Ques 24. A series inductor is normally added in a thyristor circuit for achieving protection against:

Ques 25. Clamp-on ammeter is used for measurement of:

Clamp-on ammeters are much easier to use than inline ammeters. They are designed with a movable jaw that can be opened, this allows measurement of the current in a conductor without the need to make physical contact with it, or to disconnect it for insertion through the probe.

Which of this statement/s is/are correct?

Earth wire is also called the guard wire and it mainly protects lines from lightning. If in case of lightning strikes then it carries the excessive current inrush to the ground.

The increased resistance of earth wire is able to withstand a high inrush of current caused due to lightning and it will safely guide this inrush into the ground.

It is placed above all the conductors mainly because if lightning struck then it will strike at the uppermost point in the line configuration and protect the actual conductors.

Ques 27. An ammeter has a current range of 0–5 A, and its internal resistance is 0.2Ω. In order to change the range to 0–25 A, what should be the value of resistance added, and how it would connect with the meter (i.e. series/parallel)?

In ammeter designs, external resistors added to extend the usable range of the movement are connected in parallel with the movement rather than in series as is the case for voltmeters. This is because we want to divide the measurer current, not the measured voltage, going to the movement and because current divider circuits are always formed by parallel Resistance. 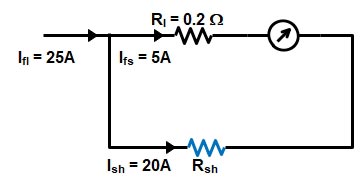 Current in the shunt

As the two resistances are in parallel, therefore, the voltage drop across them is the same

Ques 28. Power consumed by a balanced 3-phase, 3-wire load is measured by two wattmeter method. The first wattmeter reads twice that of the second. Then what will be the load impedance angle in radian?

The power factor of the wattmeter is

Ques 29. The X/R ratio for distribution lines is: 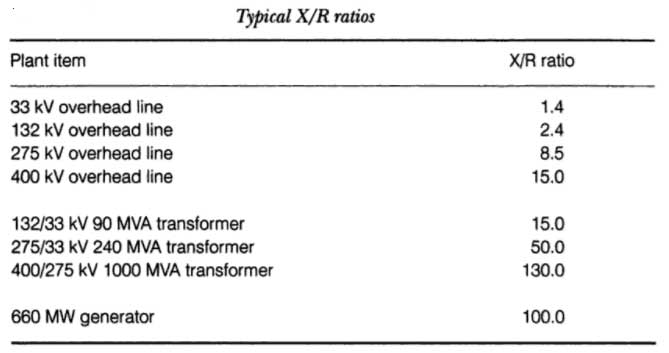 Ques 30. Corona loss is minimum in:

Since Corona loss increase with the frequency, in fact, it is known be proportional to (f + 25), The frequency in DC voltage is 0. Therefore for a given conductor diameter and applied voltage, there is much lower corona loss and hence less radio interference with DC.

Corona losses on DC lines are an important factor and should be considered while calculating the line losses for designing the HVDC lines. Losses in HVDC monopolar lines are less when compared to those in HVDC bipolar lines.