Ques 1. Impedance Z is as shown in fig: 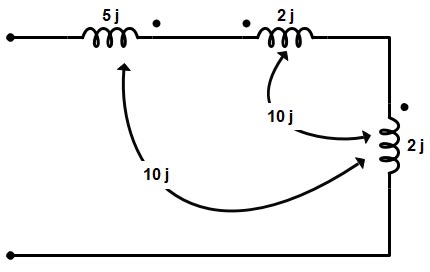 When the coils are joined with flux additive, the equivalent inductance is 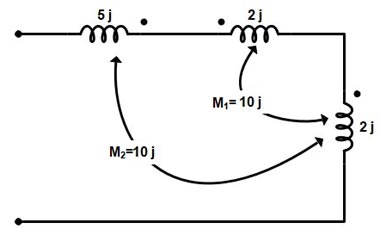 Ques 2. For the highest power gain, what configuration is used

Out of the three transistor connections, the common-emitter circuit is the most efficient. It is used in about 90 to 95 percent of all-transistor applications. The main reasons for this are :

In a common emitter connection, Ic is the output current and IB is the input current. The collector current here is expressed as:

Silicon is used as the intrinsic semiconductor, to which the proper dopants are added. The junctions are either diffused or alloyed (an alloy is a mixed semiconductor or a mixed metal).

Ques 4. A pole pitch in an electrical machine is

Ques 5. Which of the following compensator will increase the bandwidth of the system?

The general characteristics of phase-lead-compensated systems are as follows:

The general characteristics of phase-lag-compensated systems are as follows:

Ques 6. To increase power transfer capability of a long transmission line, we should

A sinusoidal voltage and current can be described by the equation:

Therefore the active power consumed is

Ques 8. Drop in alternator frequency is corrected by:

The figure given below shows the condition of the problem

Ques 10. In a three-phase half-wave rectifier feeding resistive load, if the input source is a three-phase 4 wire system and line to line voltage is 100 V. The supply frequency is 400 Hz. The ripple frequency at the output is:

The fig of the above question is shown below 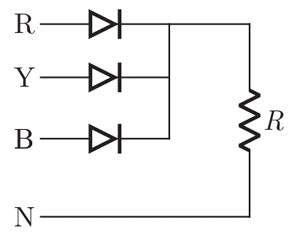 For a half-wave rectifier, the ripple frequency is equal to three times the frequency of an A.C supply. i.e

The output waveform is shown in the figure