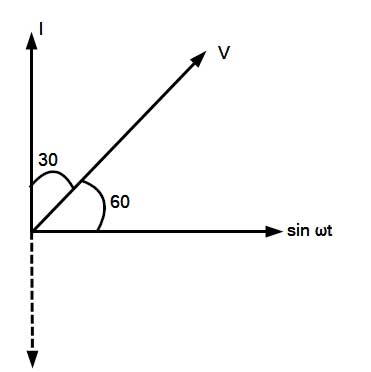 From the phasor diagram, it is clear that the current lead the voltage by 30 degree

Ques 56. The relation between the frequency n, wavelength λ, and velocity of propagation V of the wave is:

it follows from the speed = distance / time

this is the “Golden Rule” for waves

Ques 57. The bandwidth of AM signal is:

Amplitude Modulation, abbr. AM In AM radio transmission, the AUDIO signal is combined with a very high-frequency SINE WAVE called a CARRIER, in such a way that the strength or amplitude of the carrier is varied in exact response to the amplitude and FREQUENCY of the signal. This is called amplitude modulation of the carrier.

The process of varying, the amplitude of a relatively high-frequency carrier signal in proportional to the instantaneous value of the information (modulating) signal. 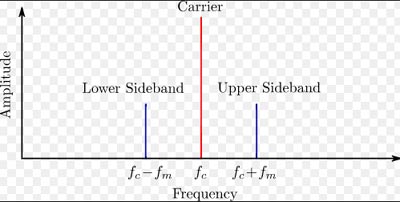 where fm is the highest modulating frequency in Hz of the modulating signal.

The bandwidth of the amplitude-modulated signal is simply twice the highest modulating frequency present in the modulating signal.

The bandwidth of an audio signal (speech and music) is usually 5 kHz. Therefore,, AM radio station needs a bandwidth of 10 kHz.

AM stations are allowed carrier frequencies anywhere between 530 and 1700 kHz (1.7 MHz). However, each station’s carrier frequency must be separated from those either side of it by at least 10 kHz (one AM bandwidth) to avoid interference. 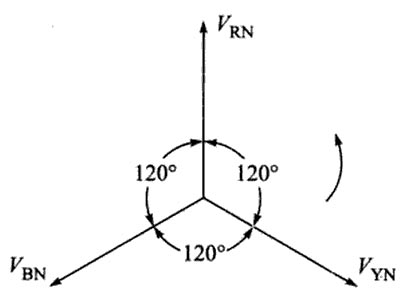 Ques 59. Maxwell Bridge is used for the measurement of:

Note:- Wien’s bridge is used for precision measurement of capacitance in terms of resistance and frequency. It was also used to measure audio frequencies.

Wheatstone bridge is used to measure the unknown resistance 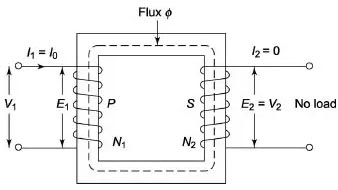 Ques 61. The speed of the universal motor is:

The universal motor is a type of electric motor that can operate on either AC or DC power. It is a commutated series-wound motor where the stator’s field coils are connected in series with the rotor windings through a commutator.

The universal motor operates similar to a typical direct motor (DC) motor, without a permanent magnet, except the stator and rotor coils are connected in series. This allows the motor to operate in DC as well as any frequency AC current. It is unique in that the rotation speed of the motor is independent of the input frequency.

Ques 62. In a 3-phase induction Motor, Maximum torque is obtained starting it:

The torque of an induction motor is given as

s = slip of an induction motor

Under normal condition, the supply voltage is usually constant and the torque will be maximum when the denominator is minimum and these can only occur when R22/s = sX22

Hence maximum torque occurs when the rotor resistance and rotor reactance are equal.

Ques 63. Break down test of transformer oil is done to measure;

The transformer oil (insulation oil) of voltage- and current-transformers fulfills the purpose of insulating as well as cooling. Thus, the dielectric quality of transformer oil is essential to the secure operation of a transformer.

Ques 64. Two transformers operating in parallel will share the load depending upon their: