One of the n-doped layers is heavily doped and called the emitter. The other n-doped layer is called the collector and the p-doped layer in between is the base. For the required functionality the base has to be very thin. Each of the three layers is connected to external terminals.

In the external circuit of the NPN bipolar junction transistor, the magnitudes of the emitter current It the base current IB and the collector current IC are related by IE = IC + IB

So the conclusion is:

(a) For the normal operation of a BJT, the emitter diode is always forward biased and the collector diode reverses biased.

(b) The collector current is almost equal to the emitter current.

(c) The base current is always very small. Also from the above consideration, it is clear that

Thus we find that in normal B1T operation a relatively large current is transferred from a low-to-high resistance circuit, that is, from forward-biased diode to a reverse-biased diode.

Ques.52. In a 3-phase dynamometer type power factor meter, two moving coil planes are inclined at an angle of 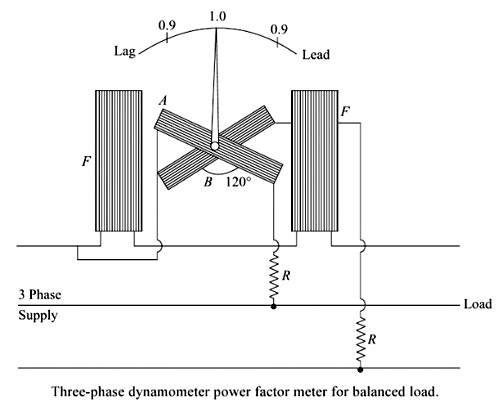 Figure. shows the connections of a three-phase power factor meter, the readings of which are correct only When the load is balanced. In this instrument, the two moving coils are fixed with their planes 120° apart and are connected across two different phases of the supply circuit, the fixed coils being connected in the third phase and carrying current in the line.

There is now no necessity for phase-splitting by artificial means since the required phase displacement between the currents in the two moving coils can be obtained from the supply itself as shown. Provided the two moving coils are 120° apart, the angle through which the pointer is deflected from the unity power-factor position is equal to the phase angle of the circuit.

This three-phase instrument gives indications that are independent of frequency and waveform since the currents in the two moving coils are both affected in the same way by any change of frequency.

Note:- In single-phase dynamometer type Power Factor Meter the moving coil planes are inclined at an angle of 90°

Ques.53. Economiser is used to heat

The function of the economizer is to recover a portion of heat from the exhaust gases before the ﬂue gases enter the chimney and discharged to the atmosphere. The economizer is placed in the path of the flue gases in between the boiler exit and entry to the chimney. Feed water coming from the feed pump, when passed through the economizer tubes, absorbs the heat in the exhaust gases. This increases the temperature of water entering the boiler. Due to the high temperature of feed water, fuel consumption reduces, and this increases the overall efficiency of the boiler. 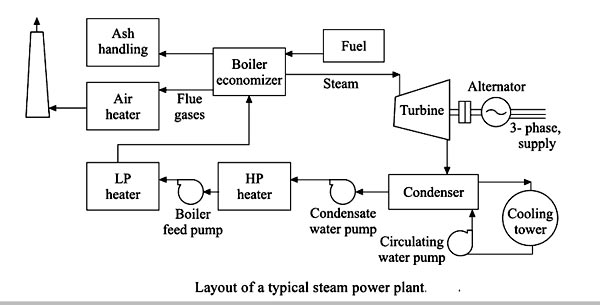 Isothermal Process: An isothermal process is one where the temperature of the system stays constant.

A process is adiabatic in the following ways:-

The Carnot cycle is a theoretical idea that sets limits on the thermodynamic efficiency of heat engines. According to Carnot’s principle.

1. The efficiency of a reversible heat engine is always greater than that of an irreversible engine operating between the same two temperatures.

2. The efficiencies of all reversible heat engines operating between the same two temperatures are the same.

Carnot cycle has the highest thermal efficiency. Only at the highest temperature is heat energy supplied and at the lowest temperature is heat energy removed. According to the figure, the Carnot cycle consists of two isothermals and two isentropic processes. Heat supply and removal occur only at the isotherms 3 -4 and 1-2. The resulting Carnot efficiency can be calculated from the temperatures T3 and T1 and is independent of the working medium: 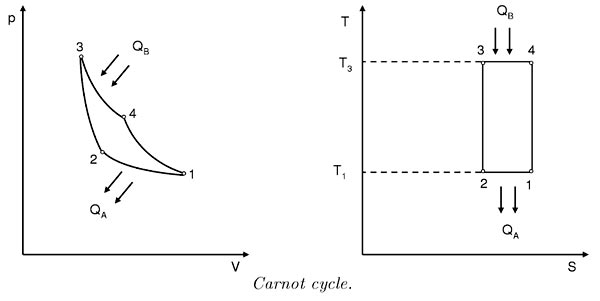 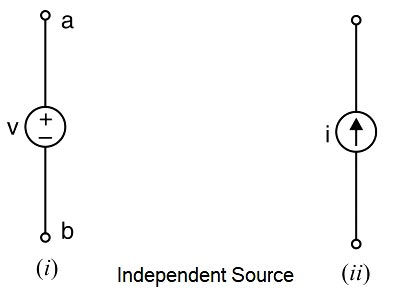 Dependent sources:- A dependent voltage or current source is one that depends on some other quantity in the circuit which may be either a voltage or a current.

Dependent sources are also called controlled sources because the value of the source is controlled either by a current in some element of the circuit or by a voltage between two terminals.

Ques.56. How many comparators would a 12-bit flash ADC require?

Ques.57. Stability and transient response can be best determined by which of the following techniques?

The nature of the transient response is closely related to the location of the closed-loop poles, it is very important to know how they move in the s-plane as the gain or some other parameter is varied.

It brings into focus the complete dynamic response of the system and further being a graphical technique, an approximate root locus sketch can be made quickly. It gives information about the absolute stability as well as the relative stability of the system.

For the closed-loop system to be stable, all the roots of the characteristic equation should fall in LHP(Left Half Plane). If the system is unstable, one could get information from root locus how it could be made stable, For a given value of K, the closed loop roots are easily determined from the root locus which is used to determine the transient response of the system for any input.

Ques.58. Voltage regulation of an ideal regulated power supply is measured to be equal to

An ideal power supply is one for which VNL = VFL, it requires 0% regulation.

In actual practice, however, no-load and full load respectively refer to the minimum and maximum limits of load current within which the regulation is required.

The smaller the percentage regulation, the better is the supply. In a well-regulated power supply percentage, regulation should not be more than 1%.

The trolley conveyor consists of a series of trolleys supported from or within an overhead track. They are generally equally spaced in a closed-loop path and are suspended from a chain. Specially designed carriers can be used to carry multiple units of product. They have been used extensively in processing, assembly, packaging, and storage operations. 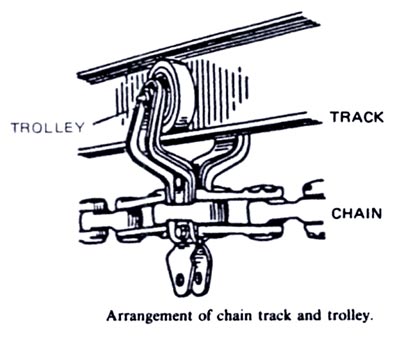 Ques.60. If a system is connected in the delta connection, how can be the total power output expressed as?

In terms of line voltage, the active power of star/delta will be